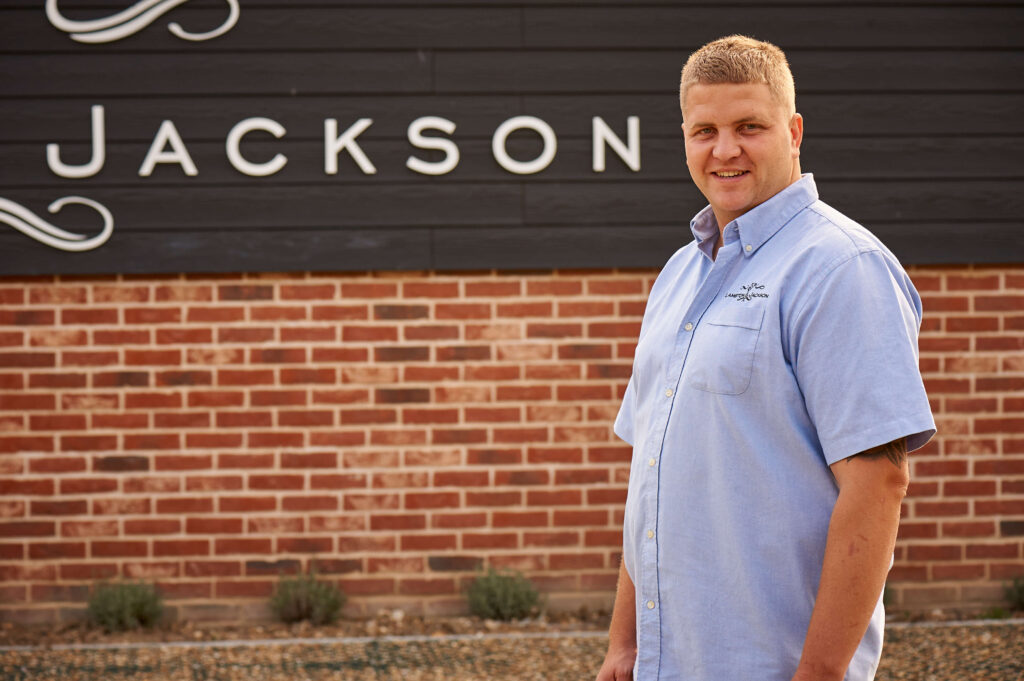 Meet Sean Jackson, the master smoker who oversees every single side of smoked salmon and all other smoked products that leave Lambton & Jackson. Sean has been smoking salmon and more since he was 12 years old. The foundations of his craft were built on the teachings of a Scottish master smoker. It was the ultimate apprenticeship. It meant that even as a teenager Sean was bringing his smoked salmon to some of London’s top restaurants.

Hardly a surprise then that a master smoker now in his thirties has received handsome recognition. His awards include the ultimate three stars from Great Taste, he’s been crowned champion of the smoked fish category at The Great British Foods Awards and been a finalist at the annual Young British Foodies.

“The Maldon Cure smoked salmon was very, very delicious … almost melt in the mouth buttery texture. The balance of flavour was perfect,”

“We have chosen the Maldon Cure smoked salmon because it is the perfect blend of succulent, tender yet firm texture combined with an incredible depth of flavour. The subtle smokiness gives it a delicious aroma and enhances rather than overpowers the sweet fresh flavour of the salmon itself.”

So, when you order smoked salmon from Lambton & Jackson what do you get that’s different? Well, the name is not just above the door. The person is in the smokehouse along with a dedicated team where they tirelessly work to perfect an ancient craft. If you want the best, the message is simple. Buy from the finest most experienced master smokers out there and in Sean Jackson you will find none better.